How to Play Daniel Gault

With the Ocean King English Version This version is the only one with note acceptor, thermal printer and modified payout percentage for operators! fish hunter game, up to 6 (or 8) players can go head-to-head in a race against each other to catch as many and more profitable fish as possible; scoring points to get the biggest payout! This simple concept is offset by fast, exciting gameplay that demands quick thinking, skill and co-ordination in order to be the best!

1. Start the game – Insert coins into the coin acceptor (or note/s into the note acceptor if you have purchased that option) to start playing the game.

2. Select your weapon – Ocean King features a new cumulative super gun, as well as two other fish hunter weapons to choose from. All the guns have different net sizes and power levels, and players can change their gun at any stage during the game using the ‘WEAPON’ change button.

3. Take your aim! – Players must use the joystick to aim their net gun at a target. There are 16 types of fish for players to try and catch, including four new species!  The different fish up for grabs include: Clown Fish, Snapper, Lantern Fish, Devilfish, Lionfish, Saw Sharks, Butterfly Fish, Sharks, Octopi, Fugus, Lobsters, Spearfish, Sea Turtles, Flounder, the Ocean Lord Killer Whale, the Humpback Whale, and the Bomb Crab. 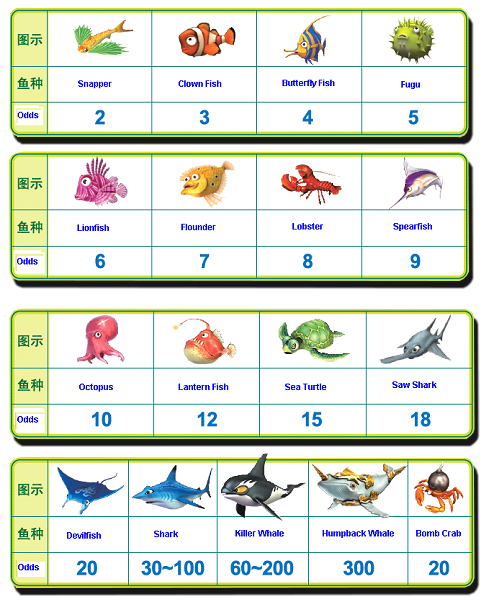 4.Fire at will! – When players have lined up a target, they hit the ‘SHOOT’ button to try and catch the fish.  All the fish have different point values so it’s good to try and be a little selective in what you try and catch.

5. Ending the game – When you have finished hold down the payout button for 3 seconds to receive your earnings!

The main gameplay is fun, but there are also three exciting mini games that start at random during the course of the main game. These are also important for players to utilize to win the game. The mini game features include:

When the Bomb Crab is captured by a player it explodes and the player can get extra points from the explosion if it affects other fish. 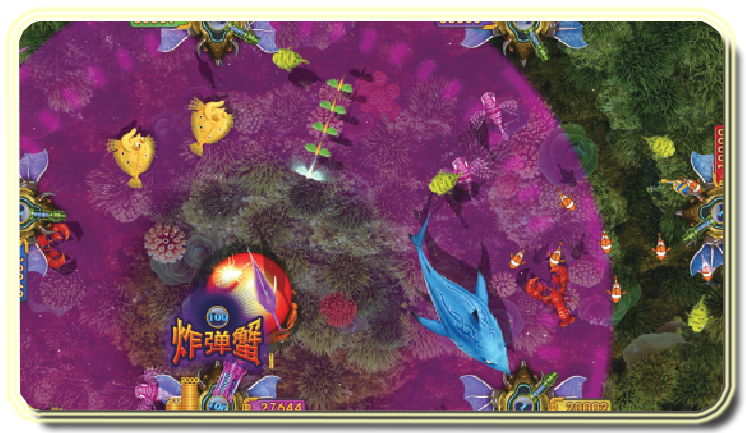 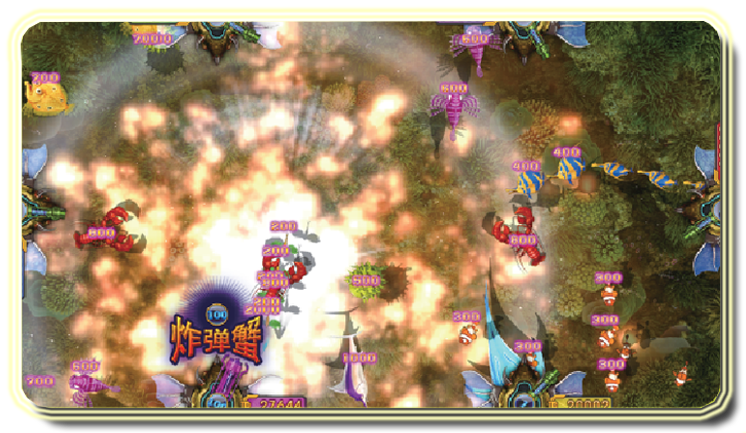 There are nine types of fish which are subject to Chain Thunder: Snapper, Clown Fish, Butterfly Fish, Fugu, Lionfish, Flounder, Lobster, Spearfish and Octopus. Use the chain thunder to get up to nine kinds of fish at once and win extra points depending on how many fish, and how many different types of fish, are present on the screen at the time. 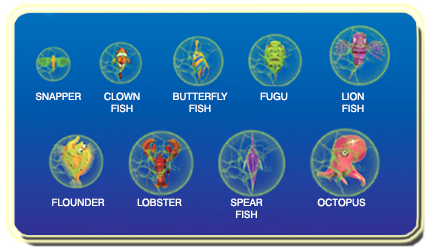 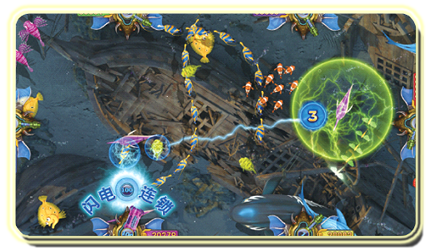 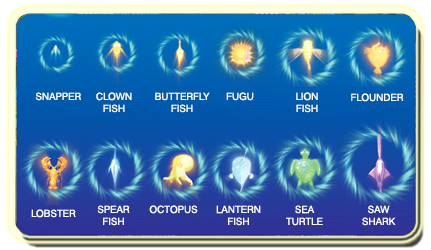 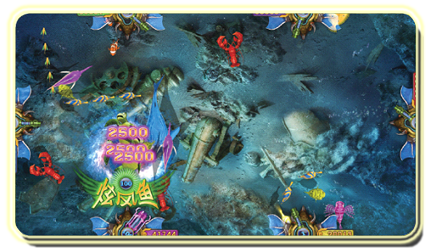